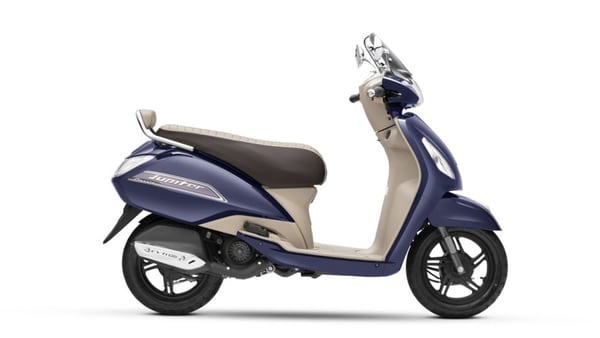 TVS Jupiter 125 to launch in India on Thursday: price expectations

TVS Motor Company is preparing today (October 7) for the launch of its new 125 cc scooter in the Indian market. While the company has yet to reveal the name of its next product, previous spy shots suggest it will only be the Jupiter 125 scooter.

The Hosur-based automaker also teased the scooter a few days ago. The teaser image shows the use of LED DRLs which could be placed on the front apron of the two-wheeler. The company has yet to reveal the technical details of the next two-wheeler, but expects the scooter to have the same engine and platform as the existing NTorq 125. In addition, the company could give its larger Jupiter a new mechanical configuration, but details are not official yet.

(Read also: TVS Motor partners with Tata Power to establish the charging of infra electric vehicles across the country)

With the launch of the Jupiter 125, the company would aim to strengthen its position in the 125 cc segment which is gaining a lot of ground in the country. TVS Motor also recently announced the introduction of its new Raider 125 motorcycle in India, which is yet another product delineating the company’s serious intentions towards the segment.

Needless to say, the company will most likely bless the new Jupiter 125 with a host of features to keep it on par with rivals in the segment. Details of upcoming features are also well hidden.