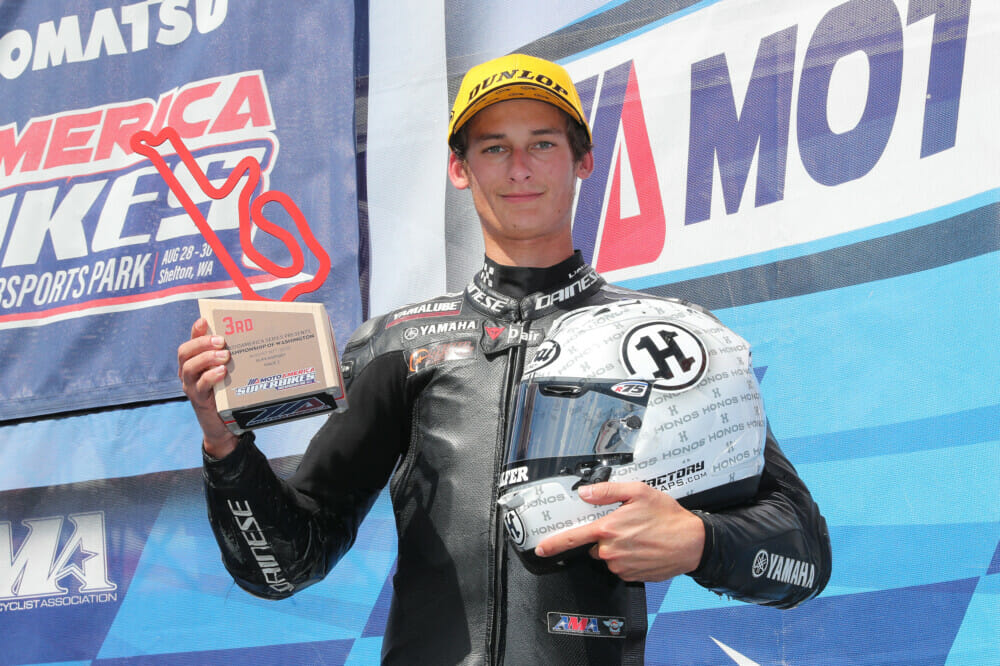 The Southern Californian was riding with friends when he suffered a heavy fall and was quickly airlifted to Mission Hospital in Mission Viejo. Aguilar was rushed into surgery to relieve bleeding in the brain, however, a lack of oxygen to the brain caused catastrophic brain damage.

As an organ donor, Jason was kept alive until the recipients of his organs could be located. His life support was turned off this morning.

“In lieu of flowers, the family would prefer that donations be made to the Road Racing Action Fund to prevent others from being seriously injured,” Jason’s father Bob told Road Racing World on Feb. 7, 2022.

Aguilar was a highly respected competitor in the MotoAmerica paddock. After winning the 2017 MotoAmerica Superstock 600 Championship for his own team in that class’s final year as an official AMA title, Aguilar moved up to Supersport in 2018. He achieved a best-of-four championship in 2020, riding again for his own team, RiderzLaw Aguilar. Racing, behind series winner Richie Escalante, earning podiums at Road America, The Ridge and Barber Motorsports Park.

After taking a sabbatical from racing for most of 2021, Jason made his MotoAmerica Superbike Championship debut at the final meeting of that year at Barber Motorsports Park for the Unlimited Racing Kawasaki Superbike team, winning a best result of 14and in the third race. Jason had planned to return full-time to MotoAmerica competition in 2022.

Cycle News would like to express our condolences to the Aguilar family and Jason’s many friends, family and fans at this difficult time. We will send you more information as it becomes available.