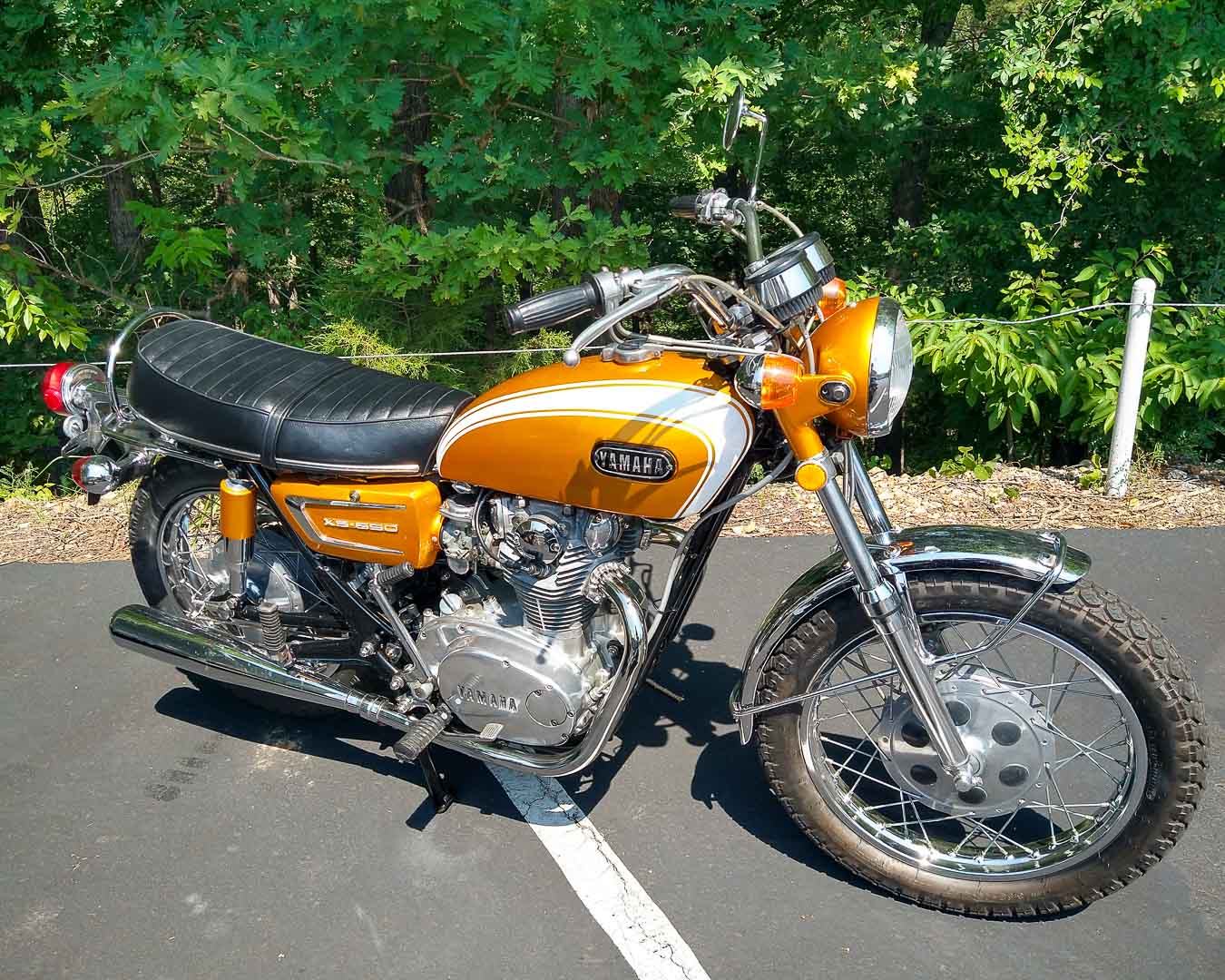 The Vintage Japanese Motorcycle Club of America converged on Eureka Springs, Ark., to celebrate its 45th anniversary. This meant a bike show with a wide range of motorcycles from across the Pacific Ocean. We checked out some of the highlights.

1959 Honda SuperCub. If you’re wondering what inspired the current Honda Super Cub C125, this is it. This example was restored by the father-son team of Brady Smith Sr. and Jr. of Joplin, Mo., and won the Milestone Honda Award.

1965 Honda Super Hawk CB-77. It was the superbike in Honda’s lineup at the time, with a 305cc twin that could top 100mph. Elvis Presley rode one in tank top. In the background is the revolutionary 1973 Honda Elsinore CR250M motocrosser.

1970 Bridgestone M II RS. The only Bridgestone present at the event, this 200cc two-stroke twin won the Japanese Orphan category. It belongs to John Walter.

Yamaha XS1-B from 1971. Inspired by the Triumph Bonneville and BSA Lightning, the 653cc vertical twin XS1-B was the only four-stroke in Yamaha’s lineup at the time.

1973 Suzuki GT-750L Le Mans. Colloquially known as the Water Buffalo, this liquid-cooled two-stroke was known for its friendly demeanor.

Suzuki RE5 1974. Designed by an Italian and featuring the unusual Wankel powertrain, it’s as unusual as Japanese motorcycles.

Trophies. It wouldn’t be a motorcycle show without plenty of awards. The three-day event brought together 160 members and featured three days of riding. The Vintage Japanese Motorcycle Club celebrates Japanese motorcycles that are 20 years old or older, so you’ll have to wait a few more years before you can join your Honda Rune.

WorldSBK ‘better with Scott Redding up front, he’s one of the greatest showmen’ – James Toseland | Superbikes of the world