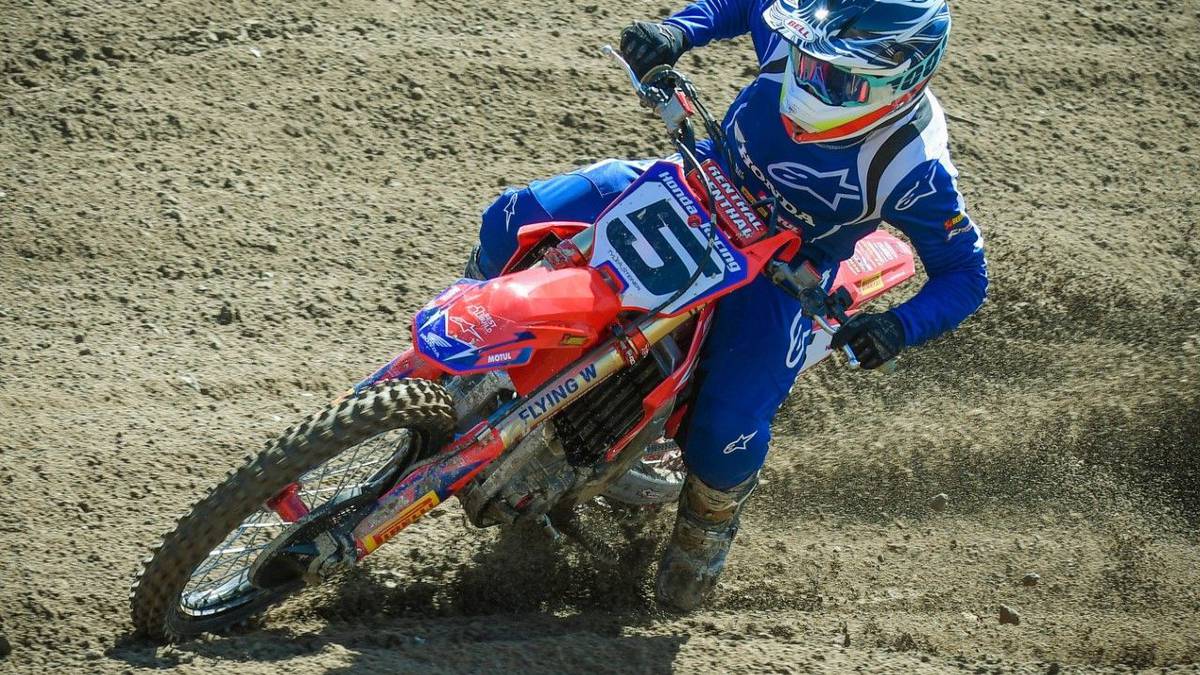 Te Puke’s Tyler Steiner (Honda CRF450), one to watch in the premier MX1 ​​class when the gates drop at Woodville 2023. Photo/Andy McGechan www.BikesportNZ.com

The 61st edition of the iconic event will be held on January 28-29, 2023 and is expected to draw large crowds given that last year’s corresponding event was canceled due to Covid-19.

Manawatu-Orion Motorcycle Club President Brad Ritchie said he was thrilled to have the event returning.

“It’s always a very special occasion for everyone. It always starts the year,” he said.

“With absolute sorrow that we will not be able to hold this event in January this year, but it seems to have resumed at a new high level. The club committee is determined to make it bigger and better than before and we have had many wonderful support from the land owner and really exciting to work with.

“The puzzle is coming together well and everyone is really excited.

“All of our main sponsors are back and we can’t thank them enough either.

“This event sets up the year well as everything takes place in the Senior National Motocross Championship series in February and March. We will have Sky Sport Next covering the event so anyone who cannot attend will still be able to see the race. It will be broadcast live around the world.

Woodville’s 2021 outright winner, Wyatt Chase of Taupo, has now retired from racing, with his win at Woodville undoubtedly a career highlight.

Picking a favorite this time around is anyone’s guess.

Any overseas riders heading into Woodville 2023 will be up against an impressive array of Kiwi internationals, experienced campaigners like former multiple New Zealand motocross champion, multiple Woodville winner Cody Cooper of Papamoa.

“A few of our ISDE racers have already confirmed they will be coming to do the river race, so that will be a bonus as well,” Ritchie said.

“They raced very successfully in France earlier this year and they’re back home now and will show us what they’re made of.”

The Woodville race is one of the biggest events on the Kiwi calendar and ideal preparation for Kiwi internationals looking to resuscitate their overseas careers now that Covid-19 restrictions have eased.

Since the stand-alone event was first staged over half a century ago in 1961, Woodville Motocross has become the jewel in New Zealand’s motocross crown and hundreds of riders will compete over the weekend, including minis, juniors, seniors, women and veterans. .

All ages and ability levels are catered for by the Woodville GP event, with the novelty of Sunday’s river racing also a great crowd pleaser and perhaps more appealing to the enduro racing brigade and cross country.

Races over the two days draw thousands of spectators to the Tararua area, filling motel rooms and campgrounds to the point of overflowing, the New Zealand Motocross Grand Prix at Woodville is a must-see spectacle for any enthusiast motorsport.