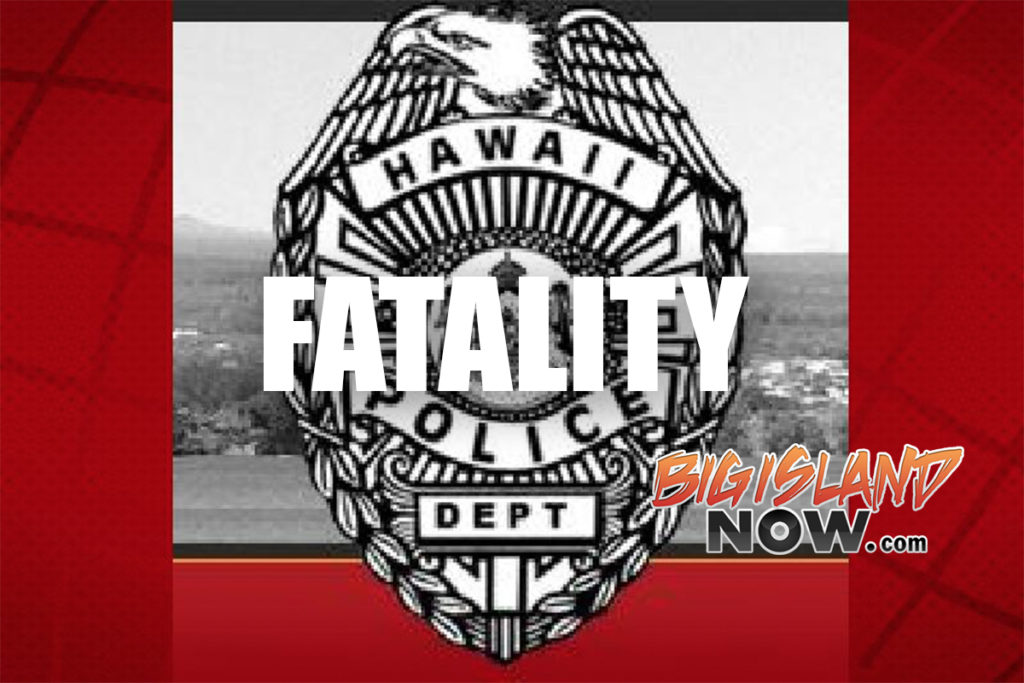 A 63-year-old man from Waikoloa died in a single vehicle collision on Sunday, October 10 at the intersection of Daniel K Inouye Expressway and 190 Highway.

Responding to a call at 10:25 a.m., Hawaii County Police determined that an orange 2014 Honda CB1100 motorcycle heading west (makai) on the Daniel K Inouye Expressway left the roadway after colliding with a stop sign. The motorcycle then struck a guardrail and the rider was thrown. The motorcyclist was transported to Kona Community Hospital where he was later pronounced dead at 2:50 p.m.

The rider was not wearing a helmet at the time of the accident. Police believe speed was a possible factor in the incident.

The man has not been identified with certainty pending notification of the next of kin. An autopsy was ordered to determine the exact cause of death.

Police closed the intersection for several hours after the crash.

The Zone II Law Enforcement Unit has opened a coroner’s inquest and is asking anyone who may have witnessed the collision to contact Constable Jason Foxworthy at (808) 326-4646 ext. 229 or by e-mail to [emailÂ protected]. Informants who prefer to remain anonymous can call Crime Stoppers at (808) 961-8300.

This is the 20th road fatality this year, compared to 13 at the same time last year.

The most popular motorcycle models in Bangladesh