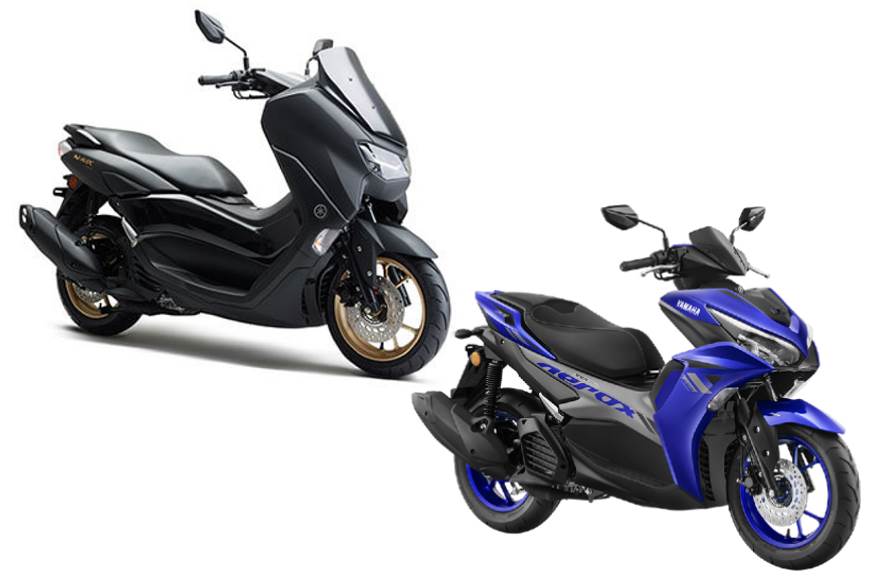 Yamaha NMax 155 maxi scooter could soon be launched in India

We suspected for a while that Yamaha was going to bring a 155cc scooter to India, but when it finally did last year it threw a curve ball at us in launch of the Aerox 155 sports maxi-scooterrather than the NMax 155, which is the more traditional maxi-scooter we expected to arrive.

Speaking to Eishin Chihana, President of Yamaha Motor India, we discussed the decision to bring the Aerox here first, and the company’s plans for the NMax. What we learned was that Yamaha saw the 150cc sport scooter segment as relatively untapped in India and wanted to try something different in that space, so they went with the Aerox. Depending on how the Aerox performs in the Indian market and if customers express a desire for a scooter in that segment with a bit more luggage capacity or touring capability, the company could very easily bring the NMax here as well.

That’s good news because, so far, the Aerox seems to be doing quite well in our market, carving out a small fan following. Demand has significantly outstripped supply, especially since the Aerox is only available through Yamaha’s relatively small network of premium Blue Square dealerships in India. Whether it’s just initial euphoria or whether it continues is something we’ll have to see.

Another good news is that Yamaha is working on make the Aerox available in all its dealerships, which would greatly increase the scope of the scooter and open it up to new customers. The company is also working to increase localization levels, which should help streamline the production process and better meet the demand it receives.

Yamaha NMax 155 vs Aerox: How do they compare?

Despite the success of the Aerox, however, people have expressed reservations about the practicality of the Aerox, and the NMax is well placed to answer those criticisms, with a larger fuel tank and more fuel. luggage options (its underseat storage capacity is comparable to that of the Aerox, but it does get a large 39-litre top box as an option). The only hiccup might be ground clearance – the NMax’s ground clearance varies between 125mm and 135mm, depending on the market, while the Aerox offers a bit more, at 145mm.

With all the important factors lining up pretty well, chances are we could see the NMax 155 in Indian showrooms at some point in the near future. For a bit of scooter background, the NMax is powered by the same R15-derived, liquid-cooled 155cc VVA engine that runs in the Aerox but is housed in a different form factor. It also features a step-by-step format with a prominent spine section, but the scooter is geared more towards urban commuting, unlike the sportier Aerox. One major difference is that it rolls on smaller 13-inch wheels (the Aerox gets 14-inches). This should make the steering slightly lighter and easier to maneuver, but perhaps at the expense of high-speed stability.