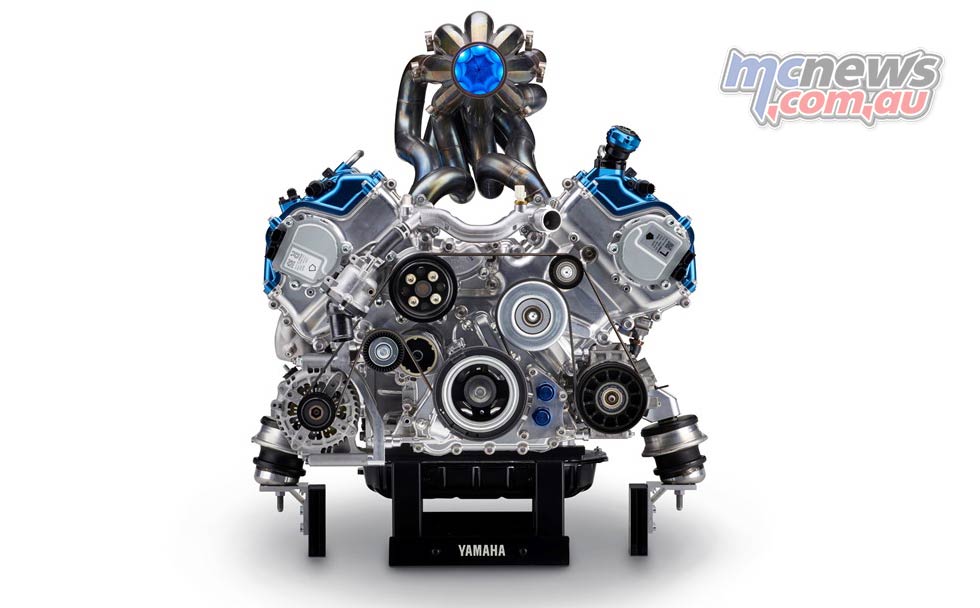 Yamaha has a long history of lending its engine building expertise to automakers for over four decades with the release of the Toyota 2000GT in 1967. This partnership continued with Yamaha supplying engines for various Lexus models. and Toyota until today. daytime. Yamaha also supplied engines to Ford and Volvo, and in the 90s also supplied Formula 1 engines to Brabham, Tyrrell, Jordan and Arrows.

Now, Yamaha has been commissioned by Toyota to develop a fully hydrogen-powered 5.0-liter V8. In Japan, Toyota and other auto-related companies are about to begin a collaborative effort to expand the range of fuel options for internal combustion engines.

Kawasaki Heavy Industries and Yamaha Motor have also begun discussions on the joint development of a hydrogen engine for possible use in two-wheeled vehicles. In the future, they are expected to be joined by Honda Motor Co., Ltd. and Suzuki Motor Corporation, and the four companies intend to jointly explore the possibility of achieving carbon neutrality through the use of internal combustion engines in two-wheeled vehicles. In order to maintain a distinct line between cooperation and competition, they intend to proceed after establishing a framework that will clearly define the areas of cooperation and collaborative research.

Toyota is now collaborating with the city of Fukuoka, which will supply Toyota with hydrogen derived from sewage biogas. Since 2015 and as a world first, the city of Fukuoka has taken up the challenge of producing and marketing hydrogen from domestic wastewater. The city produces green hydrogen that does not increase CO2 from biogas generated during wastewater treatment at Fukuoka City’s Chubu Water Treatment Center and has a daily hydrogen production capacity of 3 300 Nm3 (which is roughly equivalent to the daily amount of hydrogen used by 60 units of the Toyota Mirai hydrogen fuel cell electric vehicle, based on a unit daily hydrogen requirement of 55 Nm3). The city is also conducting verification tests with partner companies, such as supplying green hydrogen to fuel cell-powered trucks, motorcycles and electric vehicles.

Yamaha began developing a hydrogen engine for automobiles about five years ago. Takeshi Yamada of the Automotive Development Section of the Technical Research and Development Center is a member of the hydrogen engine development team and he began to sense the magnitude of the powertrain’s potential as the project progressed. .

“I started to see that engines using only hydrogen fuel actually had some really fun and easy to use performance characteristics.says Yamada. “Hydrogen engines have an innate user-friendliness that makes them easy to operate even without the need for electronic driving aids. Everyone who came to test the prototype car started off somewhat skeptical, but came out of the car with a big smile on their face by the end. Looking at this, I started to believe that there was actually huge potential in the unique characteristics of hydrogen engines instead of just treating it as a substitute for gasoline..”

In November last year, the five companies of Kawasaki Heavy Industries, Subaru Corporation, Toyota Motor Corporation, Mazda Motor Corporation and Yamaha Motor jointly announced that they would begin discussions to conduct collaborative research on possible avenues for expanding the range of fuel options for internal combustion. engines in the quest for carbon neutrality.

And at the announcement location, the V8 hydrogen engine pictured above, which was developed by Yamaha for Toyota, was unveiled to the public. The unit is based on the 5.0 liter engine from the Lexus RC F luxury sports coupe, with modifications to the injectors, cylinder heads, intake manifold, etc., and delivers up to 450 hp at 6 800 rpm and a maximum of 540 Nm of power. torque at 3600 rpm.

“We are striving to be carbon neutral by 2050, at the same time “Motor” is in our company name and so we have a strong passion and level of commitment to the internal combustion engine. Hydrogen engines have the potential to be carbon neutral while keeping our passion for the internal combustion engine alive. Teaming up with companies with different corporate cultures and areas of expertise, as well as increasing the number of partners we have, is how we want to lead the way into the future..”

Another thing that Yamada and the team appreciate in the development process is Kanno Seino, which means sensual or uplifting performance. An example is the harmonic high frequency exhaust note produced by the engine’s 8-into-1 exhaust manifold. “It’s a challenge we can push ourselves into as engineers and I personally want to pursue not only performance, but a new allure for the internal combustion engine that the world has yet to see.says Yamada.

What he and his fellow engineers believe in is the potential of a fully hydrogen-powered engine. Together with its steadily expanding network of partners, Yamada undoubtedly feels they have a hand on the door to unlock this potential.